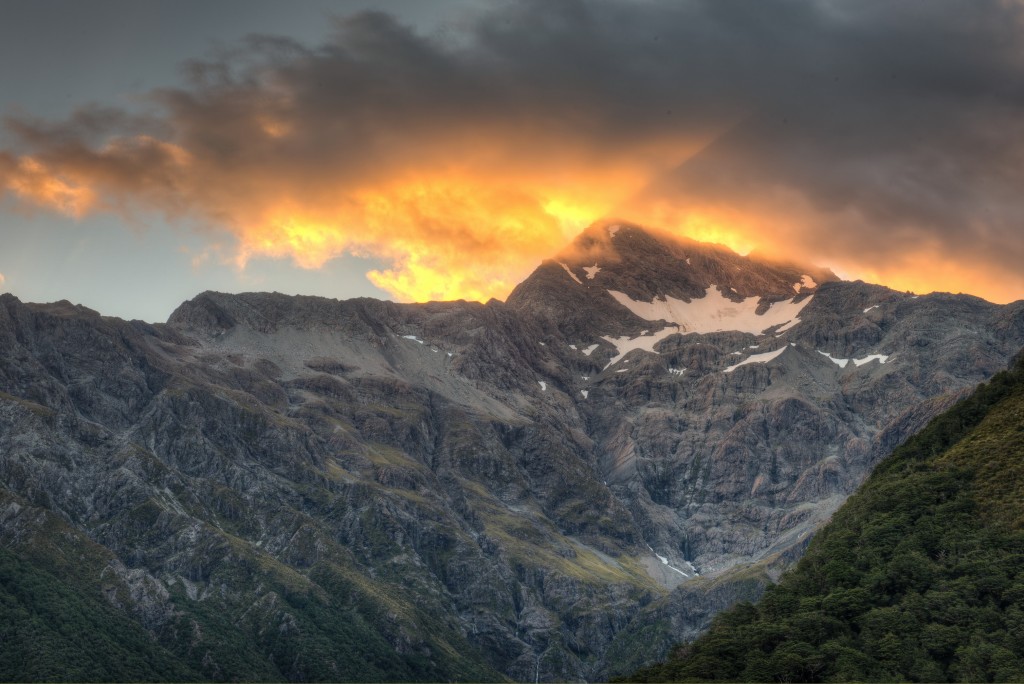 Things not to run into on a mountain bike:

In a place that holds more fresh water per capita than any other country on the planet, and vast areas of temperate rain forest, it is unreasonable to expect nothing but sunny days for 2 months, and as I look back over the past 5 weeks I am amazed at how many days of riding I have gotten in.  Dealing with 3 continuous days of rain might not be what I had hoped for, but once I realized that the forecast was going to come to fruition, I was close enough to Christchurch that it seemed like a great reason to hole up in a hotel for a couple of days. Since I don’t have a TV at home I have discovered that whenever I am around one, I become a slack jawed primate, and can let hours pass while I sit rapt in drooling open-mouthed oblivion, watching the pretty moving figures in the box, so the time passes pretty quickly.

At the tail end of the storm I headed west towards Arthurs pass hoping to ride a couple of trails on the way to the Craigieburn’s. The first one was called Coopers creek, and as I pulled into the parking lot a large group of mountain bikers were just leaving looking like they were dressed for battle. They were fitted out with pads, body armor, full face helmets, and I suspect a sword or two. I always wonder what I am getting myself into when I see people with so much protective gear on, and begin to wonder if I am just stupid. Yet I have to believe that even this well protected, falling off the bike whilst plummeting down the face of root, rock and tree infested mountainside would still hurt like hell, and while the protection may keep the skin, bones and teeth intact they would do little to prevent the connective tissues and ligaments from becoming disconnected, with the prospect of MRI’s, surgery, and rehab being the next thing that comes to mind. I don’t know where they went, but their tracks weren’t anywhere discernable on the “trail” that I was supposed to be riding, though as most of it was a running stream of mud and clay it was hard to tell. I backtracked several times to make sure that I didn’t miss something and wasn’t riding in the creek bed, but this was apparently the trail. As I continued I began to feel guilty and think about all the shit I have given people riding and ruining our trails when they were too wet to ride, and eventually this thought alone would have made me turn around. That decision was expedited however, by the number of wasps that were covering the trunks of the Beech trees which comprised about 99% of the forest that I was sloshing through. I found out later that they eat an insect that lives under the bark, and use these calories to do nothing more than make more wasps. If hitting a tree going fast isn’t bad enough, running into one covered with pissed off wasps is a pretty damn good reason to stay on the trail no matter how wet.  As I squished along, the level of nervousness at the low drone coming from everywhere around me, turned to mild alarm as I began to have to swat them off my bare legs. This was not exactly producing the calming effect that I intended it to have on them, and soon enough, the low hum became an angry buzz as word got out that apparently, I was the one being an asshole. At that point, I decided to bail.

I should have taken such an unpleasant experience as a sign that this was not going to be a riding day, but I have been known to be a bit stubborn and found the start of the next “trail” at the foot of a tussock covered hillside.  After 3 days stuck inside I was determined to make this ride happen, but it turned into an interesting battle between frustrated determination/stubbornness, and a combination of unreasonably steep double track road, thigh deep tussock grass, and gravity.

I have always had this concept that pushing the bike represents one of several aspects of failure. It is either a failure of fitness, determination, skill, or decision making in choosing the wrong direction to ride a trail (clockwise on the Zen trail). Or it can be that the trail itself is not really a mountain bike trail that anyone in their right mind would want to ride, like getting hoodwinked into trying to ride something you’d never do again. We have several of these trails in St. George that the unsuspecting visitor could easily mistake for an actual mountain bike ride; Broken Mesa Rim, Rusty Cliffs, City Creek and nearly everything on the Arizona strip all spring immediately to mind. In this case I stoically pushed the bike uphill for 1.8 miles before I finally gave in, admitting defeat.

My normal reaction to being denied a desired outcome, would be to pout, swear, throw and kick some things or, more typically, a combination of all of the above. Yet here I am in the middle of one of the most stunning places on the entire planet, I have just had a great workout, and I am now surrounded by peaks just emerging from the mist of a storm, and everything has that fresh washed, new day feel to it. It would be stupid to get pouty, especially as 5 downhill minutes later there was a cold beer waiting in the in the van.

One of the websites described this area as offering “old school” trails, and as I began climbing up the Hogback Trail I wondered what constituted the distinction. If it was the way that this trail was cleared of low branches and spiky vegetation, the switchback turns at a reasonable radius and pitch, or the way it gently flowed from one contour line to the next, then I am a huge supporter of more old school trails. Perhaps it is the lack of berms, jumps, table tops or other exotica and a trail system that lacked a shuttle, gondola, helicopter, or other means of conveyance to the top other than leg and lung power. Whatever the definition turned out to be this was some of the best riding I have found on the South Island. The Hog back trail gained elevation with such grace, that I was surprised to abruptly pop out of the tree-line to a 360-degree view that will probably end up as my mental screen saver for this entire trip. The trail followed a tussock covered ridgeline, into and out of pockets of native beech forest, and was completely surrounded by peaks, snowfields, waterfalls, and meadows of moss. It was the ride and riding that I had come all this way to do, and as it dove into and out of the woods I tried to savor every nuance, from the sound of rushing streams and distant waterfalls, to the musty smell of the woods, and the feel of the bike crunching along the path. I kept stopping with the excuse of leg and lung recovery, but in truth I just wanted to soak in the experience of being in that place in that moment of time, to reflect on how fortunate I am just to be able to do this, and not take any of it for granted.

The trail topped out at a triangular rock tilted at the perfect angle and direction to use as a back rest for an hour-long break and sun soak. As usual I had chosen to ride this trail in what was probably the wrong direction, but it was so awesome that it really didn’t matter, and as I descended steep switchbacks from the lunch rock to the next trail link I was pretty happy not to be climbing it. (and commented as such to the riders who were) At the bottom I turned onto Dracophyllium flat trail, which continued the up and down “old school” theme with perhaps a bit more in the woods riding and several wet and cold stream crossings. This trail dumps out onto a graveled forest road, which loses all of the elevation that I had gained on the Hogback. I began to appreciate the accidental wisdom of the direction choice as I cruised down 2 miles of relentlessly steep gravel, passing numerous laboring, breathless, and clearly miserable riders.  The highway was at the bottom, where 6 miles of pavement got me back to the van, mostly down, all smiles.

I left the Craigieburn’s for no other reason, then I had run out of trails, food, and water. I had even consumed the ramen noodles and cans of tuna that I bought as both an emergency backup as well as for old times sake. Eating these still remind me of being a dirt-bag climber, waiting tables, and living in a travel trailer in the Green valley gravel pit with John Czinczoll in the early 90’s.  As I drove east towards Christchurch there was a palpable sense that I had passed through what I had begun to think of as a zone of expectations. Taking this much time away from Paragon, and committing so many resources (dollars) to making this happen, actually had been creating a sense of stress for the last few weeks to find and derive all the experiences that I expected this place to provide. After the awesome rides and scenery of the Craigie’s, I seemed to have a sense that I could call this trip successful in the experience that I wanted to get out of it, and a further sense that anything else was going to be icing on that cake. 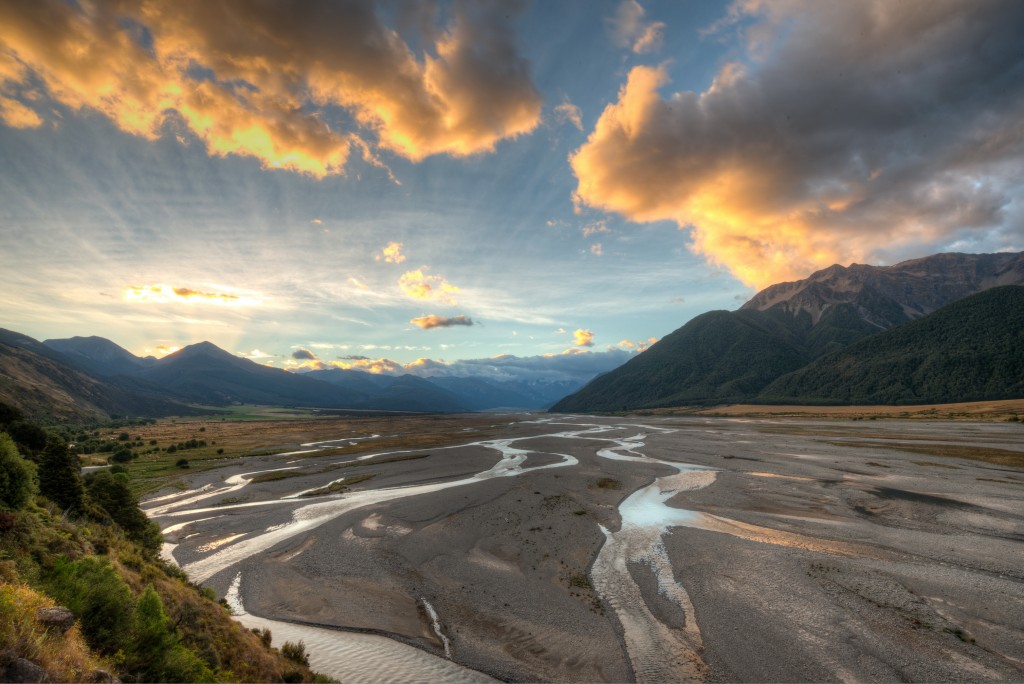 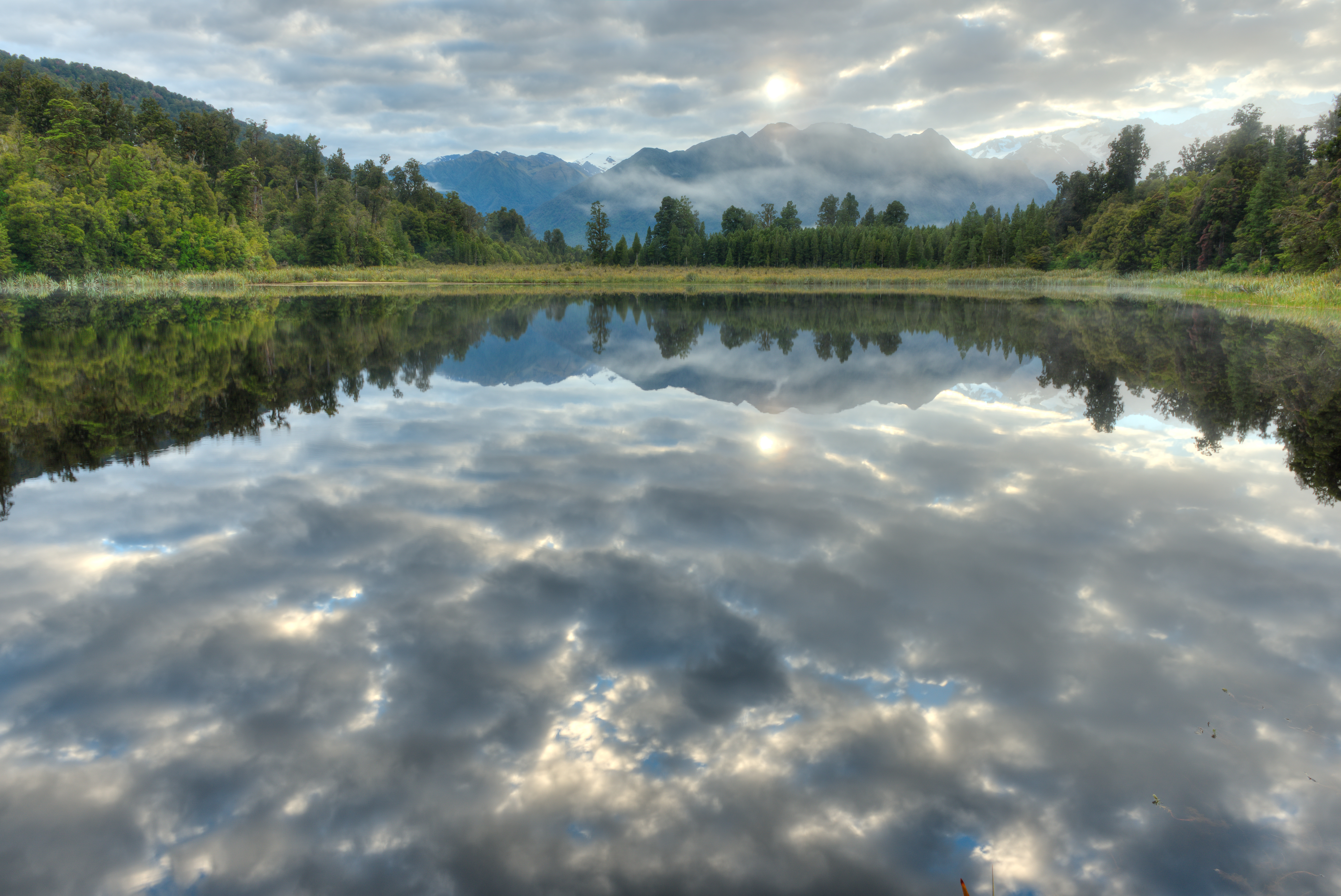