Yes, it’s true: Utah is one of those states where alcoholic beverages are under strict regulation. Though there IS liquor sold in the state. For those of you planning a trip to Utah, it is completely reasonable to expect to be able to have a glass of wine with dinner or a nightcap afterwards.

In Utah, any alcoholic beverage containing more than 4.0% alcohol is considered a “liquor” and the only stores in the state that can sell it are operated by the state. Saint George’s two state liquor stores actually offer a fair variety of liquors, wines, champagnes and beers. Most of these categories of drinks are very fairly priced and comparable to prices in other states.  One Idiosyncrasy is that beer purchased in the state stores are sold individually by the bottle, the upside of which allows you to sample new brews and make variety packs!

Most markets and convenience stores are licensed to sell beer that contains no more than 3.2% alcohol. A surprising number of common breweries make 3.2% beers for these states.

Many people do not realize that many breweries within the state of Utah market their beer as being 4.0% by volume. This is tricky because 4.0% Alcohol by Volume = 3.2 % Alcohol by Weight, so it has the same alcohol content as the other beers at the market. However, they do tend to be tastier brews, like IPA’s, porters, etc. These can be a nice break when the state liquor stores are closed.

There are “beer-only” establishments that, (hence-the-name), can serve beer only, without requiring you to order food.

Many restaurants can serve beer and liquors, but only when food is ordered.

The state of Utah does allow for private clubs to serve liquor at a full bar and served at a table to its private members. (See The Elk’s Lodge below).

No. Alcoholic beverages are not allowed to be imported into the state, except by the Department of Alcoholic Beverage Control, so it is illegal to bring any alcoholic beverage into the state. Many upscale restaurants will allow you to provide your own wine but may impose a small corking fee to make the transaction meet the states requirements.

Restaurants in Utah that serve alcoholic beverages are required to keep the bottles, beer taps, kegs, and all the pouring, mixing, and preparation of these drinks hidden from the eating area. The law is intended to prevent children from being influenced by these sights. This law has gained the name “The Zion Curtain.” 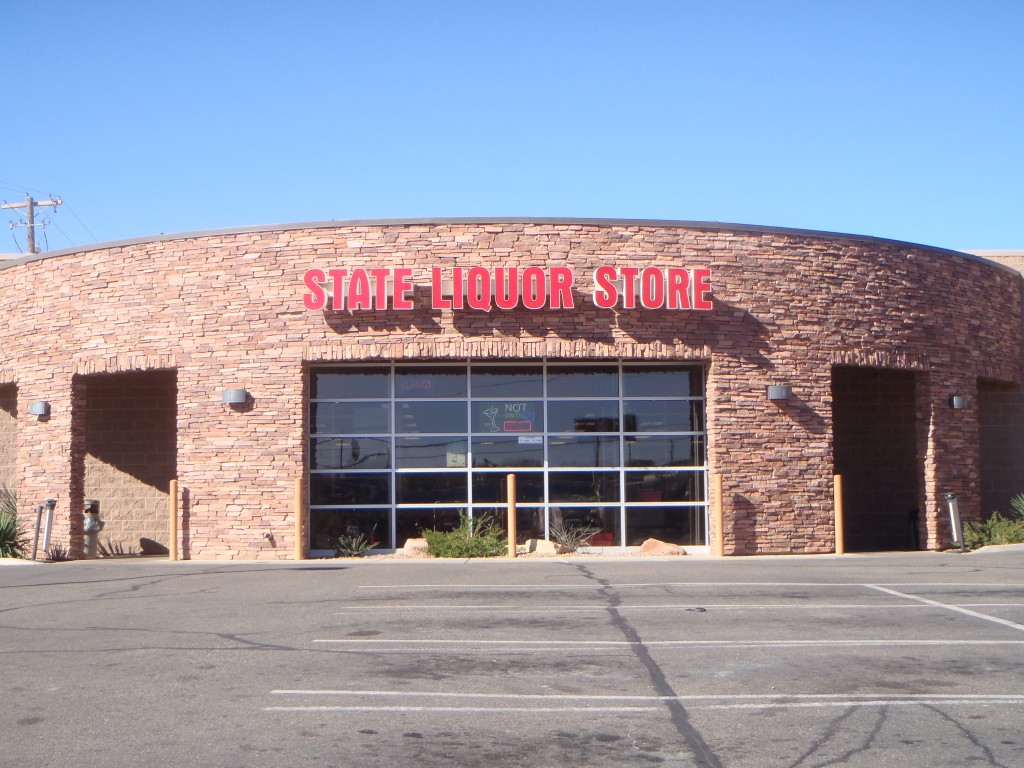