300 days of sunshine a year

There are few factors that can make or break a vacation faster than the weather. No one wants to undergo the rigors of modern travel, and arrive at a beautiful location only to sit in a hotel room and watch TV, while days of rain come pouring down. Fortunately the chances that this will happen in St. George Utah are perhaps as remote as anywhere in the country.  If there is one thing that can be said about the weather in southwestern Utah, it is reliable. It may be reliably hot, but there are also over 300 days of reliable sunshine a year, mild winter temperatures, and rain being such a rare event that is welcomed by the locals.

We don’t pay a lot of attention to the calendar dates of solstice and equinox as measures of seasons as the desert often has its own schedule. So here is what to consider for each “season”

We begin to think of winter as the season where we trade our shorts and Chaco’s for pants and shoes. Early December brings high temperatures in the 50’s during the day and 30’s at night, and this is the general trend for most of January and about half of February as well.  This is the time of year where we get pacific storm systems that can cause several days of cloudy skies and rainfall (generally an inch or less falling in each of these months.)  Snow is a rare event in St. George, but the higher elevations around town will often have a dusting after most of our winter storms, and Pine Valley mountain as well as the ski resort of Brian head (90 minutes away) get reliable and deep deposits of the powder that Utah is famous for. 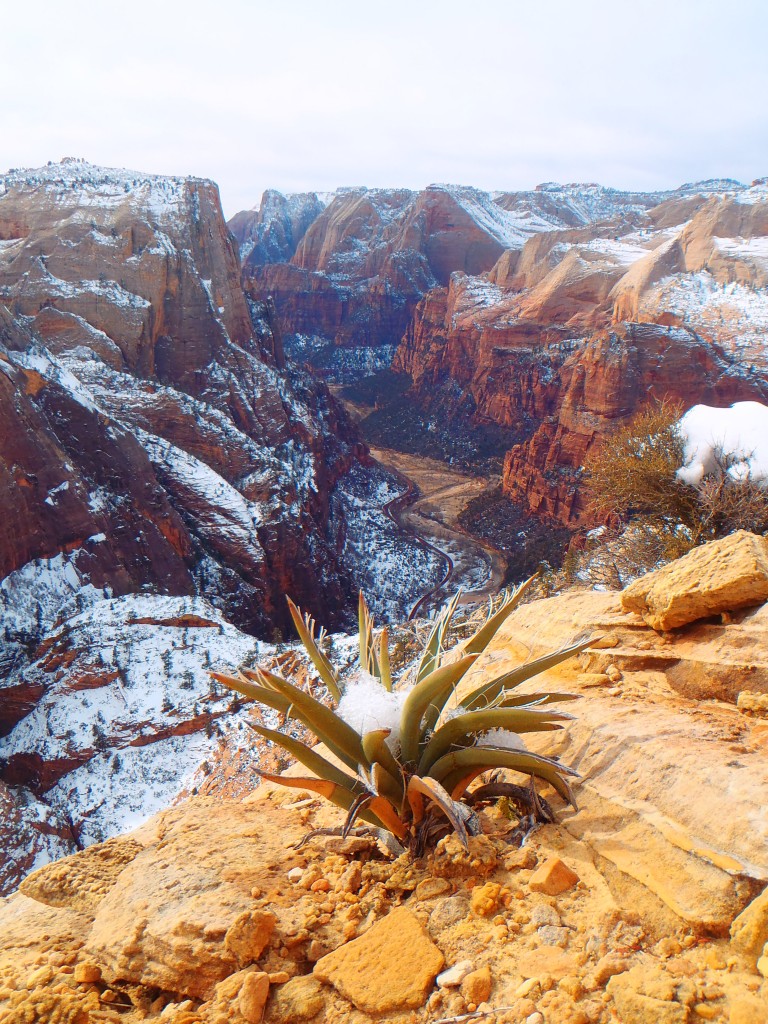 Through much of the late winter, Zion National Park, topping out above 7,400 feet elevation, is sprinkled with snow, adding just one more layer to an already incredible landscape. Just 45 minutes away, Saint George is below 2,500 at most points, leaving it in the 50’s-60’s most winter days.

About half way through February the trees begin to show signs of budding and the first greenery starts to develop in sheltered sunny spots. By the end of the month the growing power of the sun causes afternoon temperatures to rise into the 60’s and 70’s. By early March, spring is well established and plant life takes advantage of the winter rains turning the desert temporarily green as a result. While the rest of the country is still locked in the depths of winter, we have put away our winter clothes, and started to layer with a mind towards being in shorts and t-shirts by afternoon. As there is generally a wide difference between local and regional temperatures we often get winds trying to equalize the difference during the spring. A wind layer is never very deeply buried in our packs during this time of year. By mid-April most of the wildflower shows are in full bloom, and the cactus are beginning to bloom, yet the high mountain areas are still deep in snow. 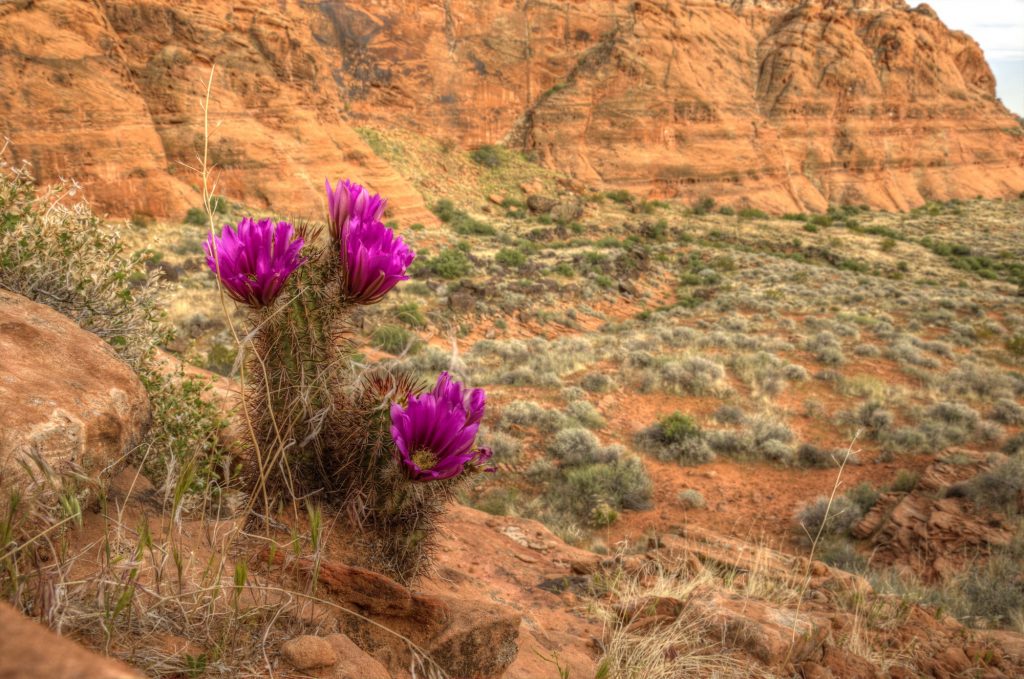 By the middle of May most people will step outside in the afternoon and start to look for shade after a few minutes. This is a pretty good definition of what most of the world would consider “summer”  Yes it is a dry heat, we rarely have humidity above 40%, but by July, we can rely on the temperature of any given afternoon being well over 100 degrees.  The afternoon heat is our version of winter as most people flee to air-conditioned spaces and take siesta’s, yet with a bit of planning you can have a full day of outdoor activities.

The early morning temps are generally in the 70’s and 80’s, which give you 6-7 hours of reasonable temperatures if you are willing to get up early enough. In the afternoon you can extend your comfort zone by going up in elevation. Both the Pine Valley mountains and the Markagunt Plateau (Brian head) have elevations from 8000 to 11,000 feet where the afternoon temperatures will be in the 70’s and 80’s. This also means that the wildflower season is at its peak as the lower venues are baked brown by the heat. Cedar Breaks national monument is the same landscape as Bryce Canyon but 2 hours closer and three thousand feet higher meaning commensurately cooler. Precipitation varies from almost none in June to possibly torrential in late July and August as we begin to get monsoonal flow from the gulf of California. This time of year the threat of afternoon thunderstorms is a considerable safety threat in narrow canyons and other low lying areas. 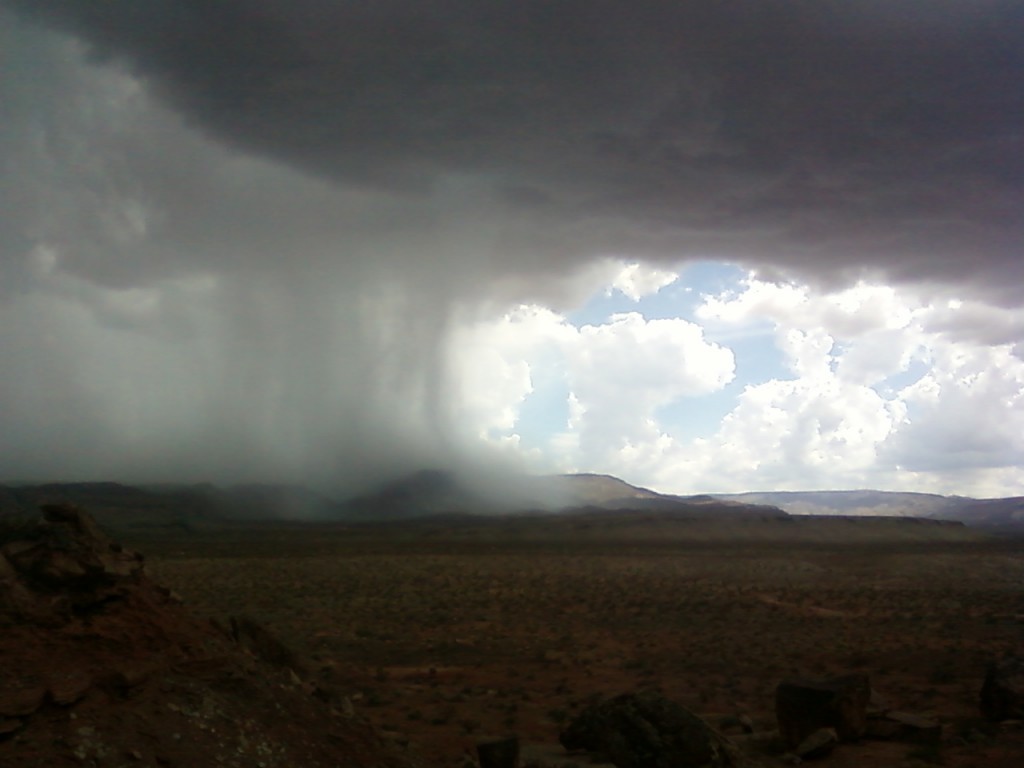 Sometime in late September it becomes uncomfortable to walk outside in shorts before sunrise. This is what we think of as the onset of fall weather. Fall in St. George is a long season of generally stable weather and minimal precipitation. Fans of fall foliage have literally months here to chase the colors down the mountains (where the peak colors are usually in late September) down into the desert around St. George where the trees do not change until Thanksgiving.  Cool morning temperatures in the 50’s and 60’s give way to afternoons in the 80’s making for full days of outside activities, with the only limiting factor is being the shortness of daylight as the nights begin to arrive sooner and last longer. 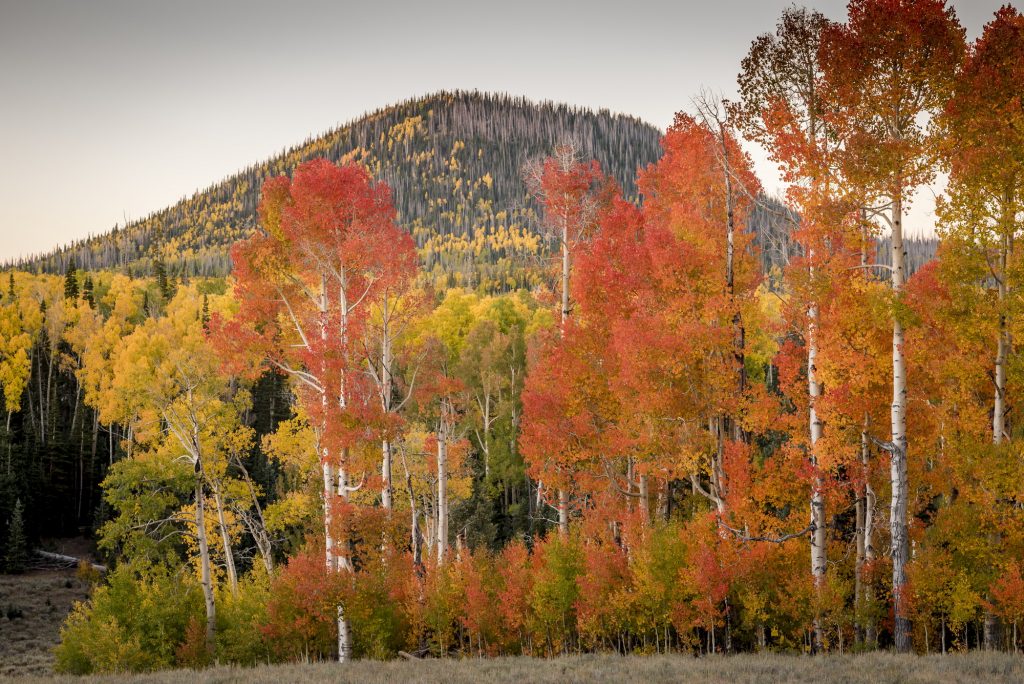