Best year round bouldering in the US

Saint George Utah is a Bouldering paradise. There are several local spots that are great for this growing branch of climbing. Many of these bouldering areas are within a ten minute drive from the center of town, and still have lots of un-climbed rock for development of new routes. Many climbers travel here in the cold season to play in Saint George’s boulder fields without even bringing their ropes or harnesses. Though it is not on our website, we can guide you to some wonderful bouldering areas. Please contact us to hire a private bouldering guide.

Warning: No type of sandstone should be climbed after or during the rain because it easily breaks when moist. Give it a couple of clear days to dry out.

The iconic Navajo Sandstone of the Southwest, also called red rock or slick rock, can be seen all around Saint George. Climbing on this rock can be very chossy and eventually greasy from lots of use. It can be smooth and featureless, or covered in varnish jugs, huecos, moss and lichen. 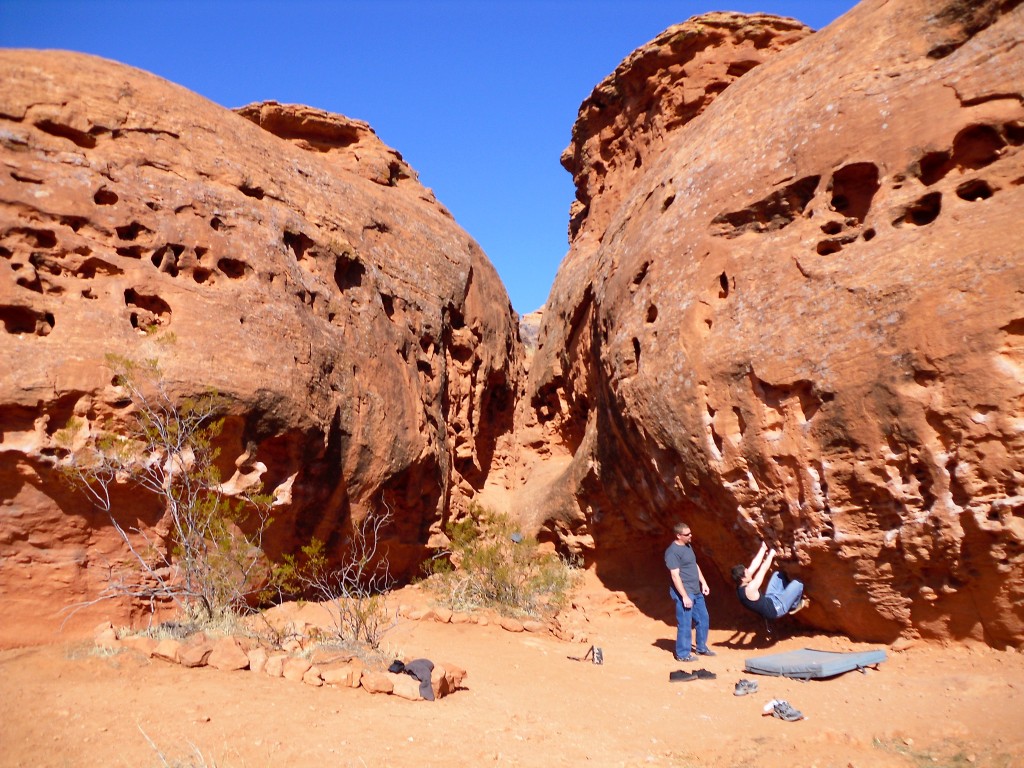 No part of St. George’s Mars-like landscape is as accessible as Pioneer Park. It can be seen to the north from the center of town. It is the red bluff where locals have written “Dixie” in huge white letters, hence its nickname: “Dixie Rock.” It’s a great place for casual day hiking, scrambling, bouldering, rappelling and even has a couple of sport climbing routes (some still feature pitons as anchors). Most Bouldering routes here are not rated and most cannot be topped-out due to the sloping nature of the sandstone. 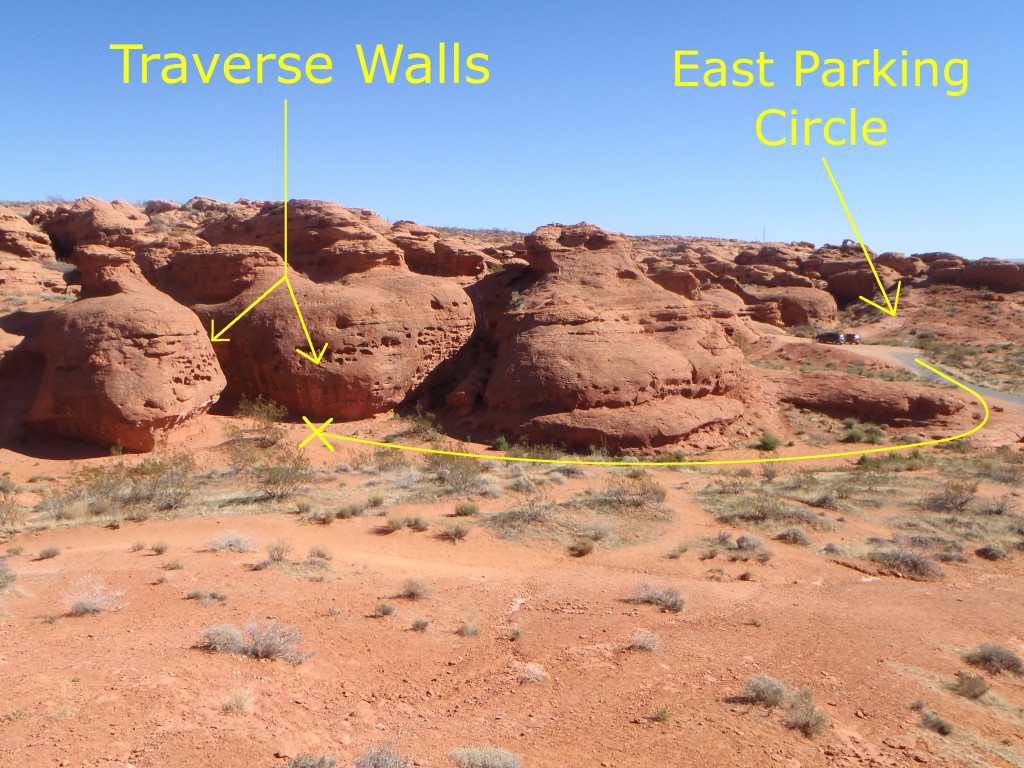 Follow the wash from the east parking circle to find the popular traverse walls. 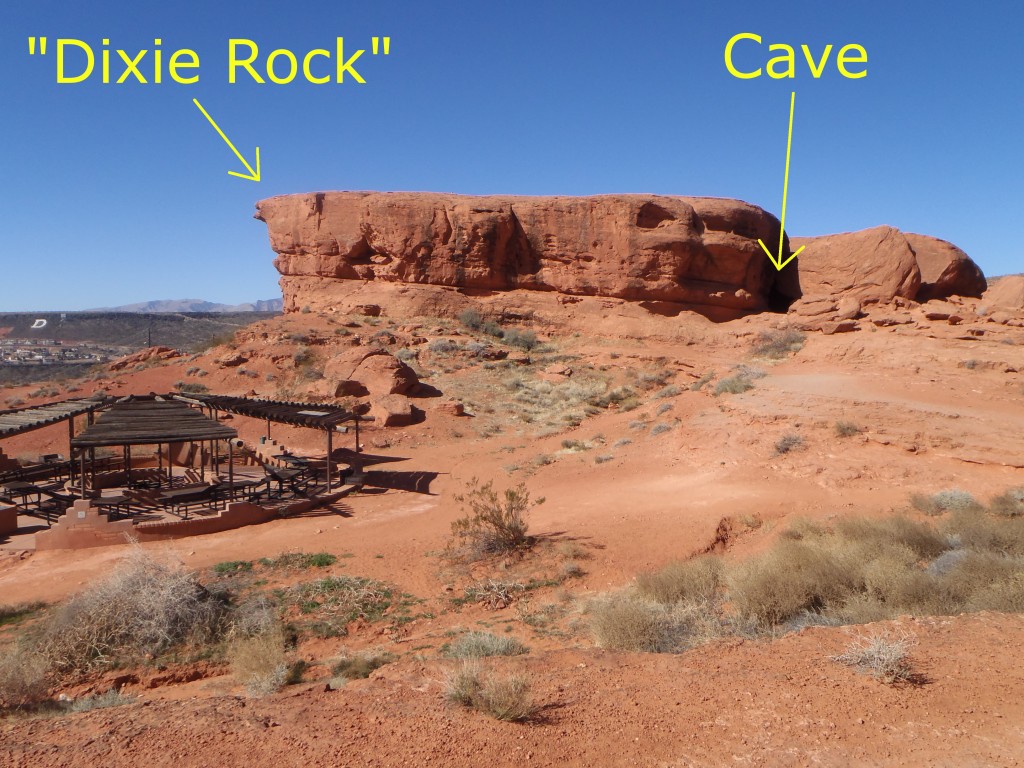 This image is looking at the Dixie Rock from the East. The cave is right behind it. 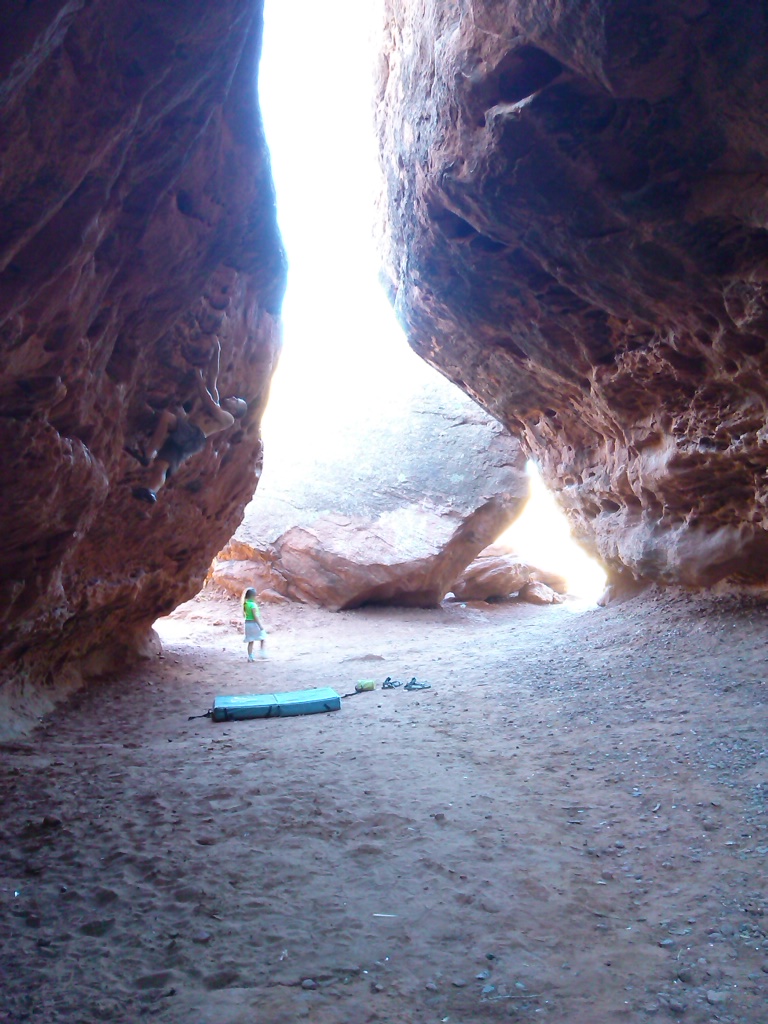 Pioneer park has one small hope for boulderers when it rains in St. George, UT: a semi-cave! 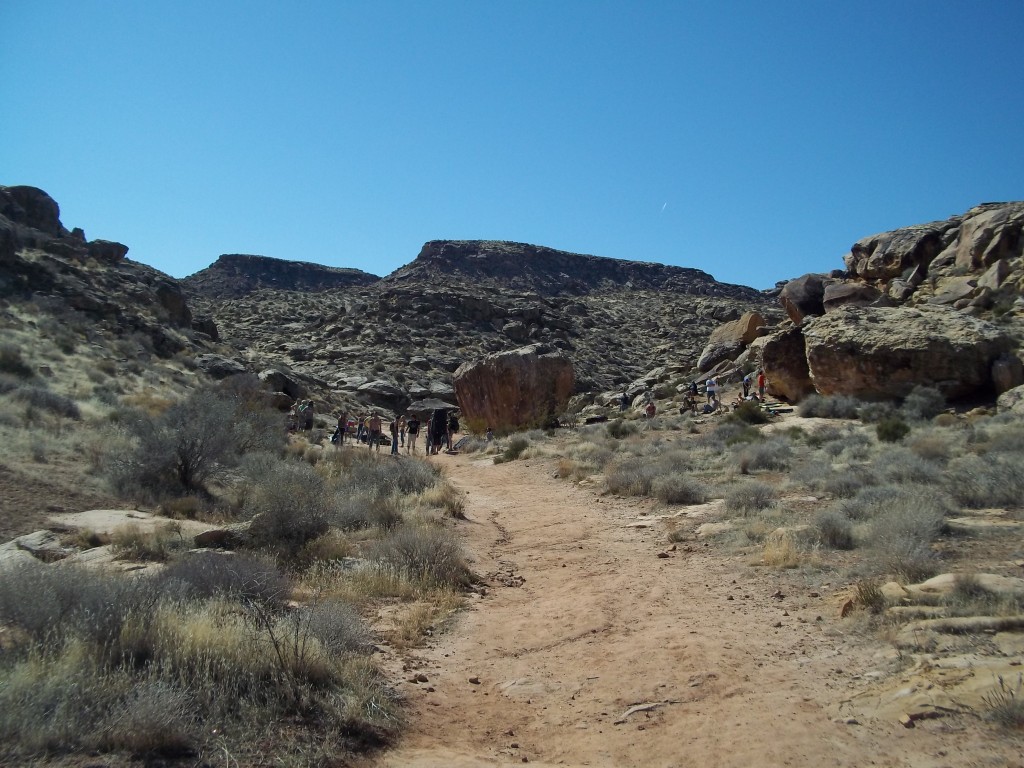 Moe’s Valley and many other under-developed bouldering spots are scattered throughout several nearby plateaus of Shinarump Conglomerate Sandstone. This geological and biological treasure includes the popular Moe’s Valley, the Green Valley Gap Boulders, the Zen Trail Boulders, and some new obscure spots. Daniel Woods described the rock here as “some of the best sandstone in the U.S.” At times, the hold you are reaching for is a petrified piece of 230 million year old wood. Late October to March is the best season for bouldering here. This rock also breaks easily when moist.

Local Tip: Befriend a local boulderer. They may be willing to show you the new areas that aren’t published. The opportunities for setting new bouldering routes in this area is astonishing. Ask about Santa Clara Mountain or Mario Land to name just a couple. 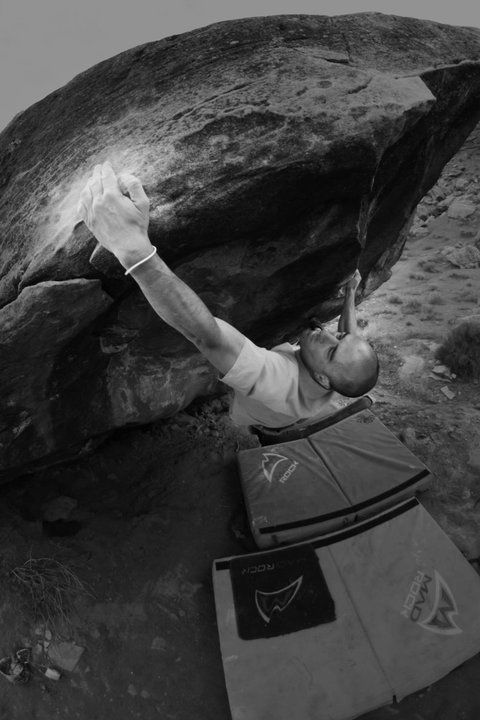 This new Shinarump bouldering area may not last forever, as the state is still selling land here for housing development. No guide book has been published for this spot yet. 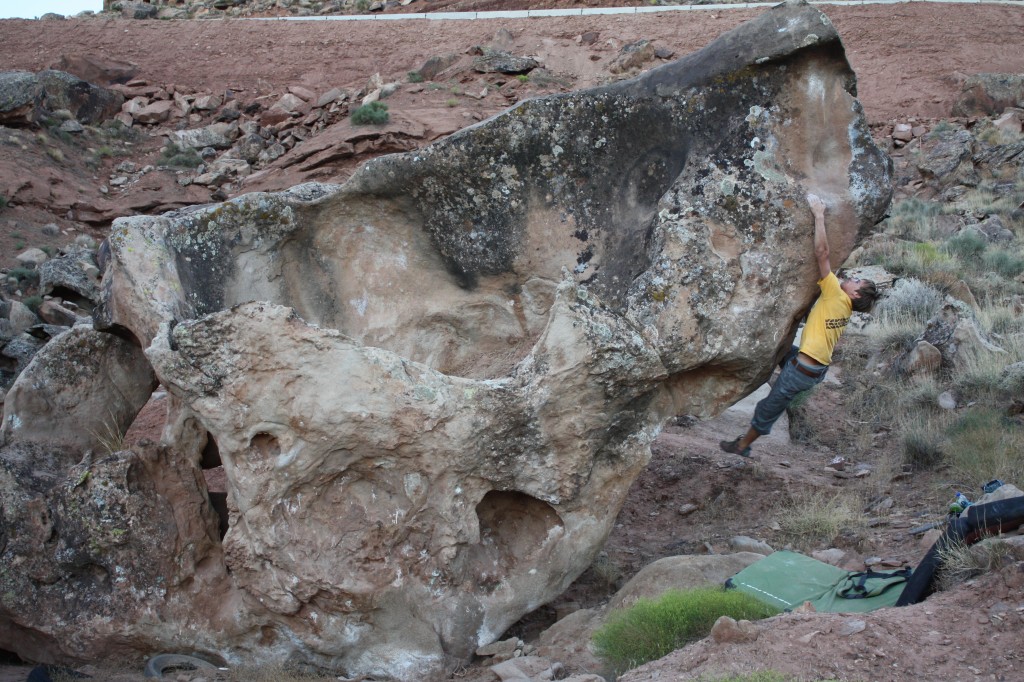