Prints from the Past

A great indoor activity in Saint George Utah for the whole family is the Dinosaur Discover Site at Johnson Farm.

In the year 2000, a local optometrist, Dr. Sheldon Johnson, was leveling his land when he reached a layer of solid rock. As he began ripping out and overturning these large chunks of rock, he realized there were what looked like casts of dinosaur tracks underneath them. The weaker clay below it had the opposite impressions, or molds, of these same tracks in them. Dinosaur tracks were already fairly well-known in the area, so he immediately recognized them and contacted the proper people. The land owner donated the fossils and the land where there were still thousands more of these tracks under the rock, waiting to be unearthed after millions of years. 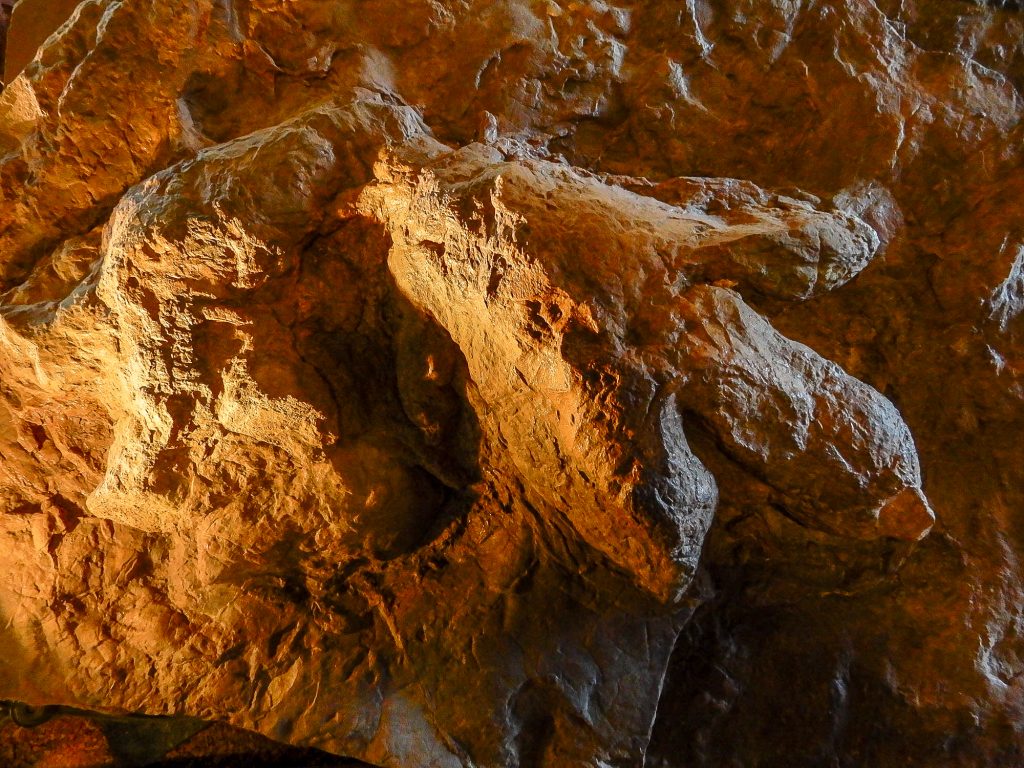 Nearly 200 million years ago, dinosaurs waded and swam along the shore of a prehistoric lake that used to cover most of the state of Utah. Many different species of dinosaurs and fish foraged, drank, swam, nested and hunted alongside, and in, this giant lake. Over millions of years, countless tracks were left but luckily thousands of them met with just the right conditions to become preserved in stone. The word fossil includes not only fossilized bones and body parts but also the impressions left in the earth by living things. Here at the Dinosaur Discovery Site, several different floods filled in thousands of tracks. The sediment that filled in the tracks turned to stone over eons, preserving numerous “stories” of what these ancient animals were doing. 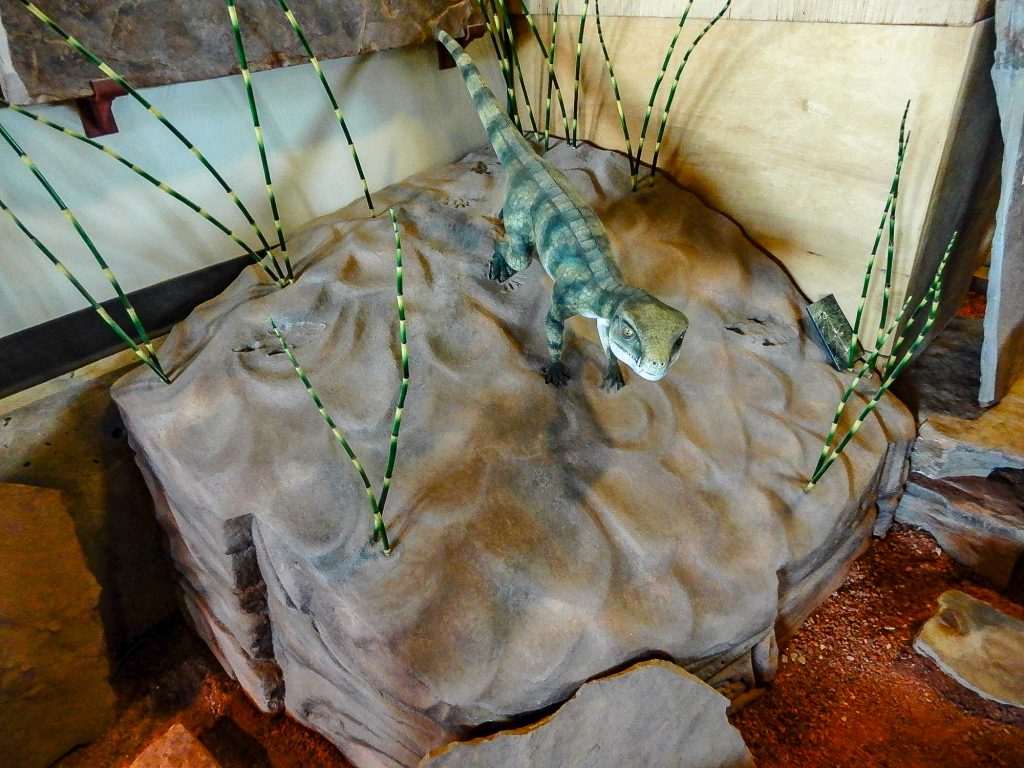 Over the past 18 years, several layers of tracks have been unearthed, preserved in the museum and studied. A building was eventually built around the site and it has since been filled with hours-worth of information for those interested in dinosaurs as well as local geologic history. There are hundreds of dinosaur tracks on display, including the actual dig site itself, where they have many signs that help interpret the marked tracks you can see below. These vary from large, obvious tracks to bottom-dwelling fish, and even tiny lines on the surface that show where dinosaurs’ toes barely scraped the mud below the water as they swam. There is a window into the room where the fine preservation work is done on the fossils and at the right time you can watch the professionals at work. They also have impressive art murals covering most of the museum walls, a fun gift shop, an informative video and a few awesome life-size dinosaur models. This museum is a must-see if you are in Southwest Utah!