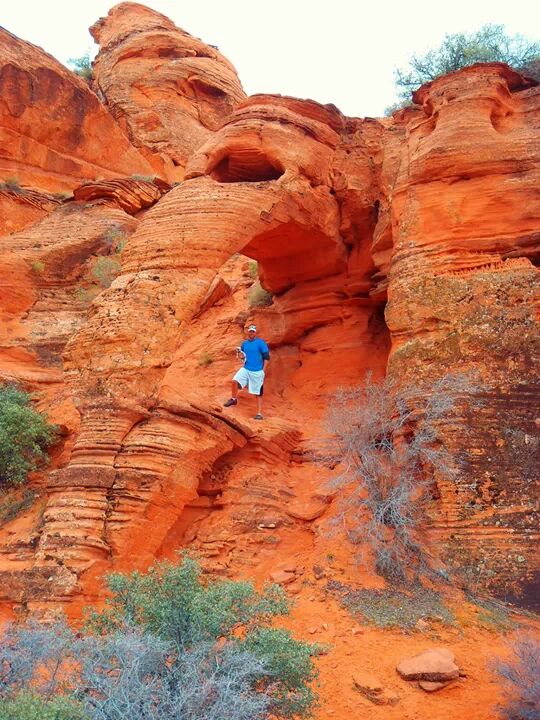 Looking for a way to enjoy some fresh air on a rare rainy and cool day in sunny St. George, I recently went on a hike to the nearby formation called Elephant Arch. The formation is located in the nearby treasure of land called the Red Cliffs National Conservation area. The reserve is dedicated to the protection of the Mojave Desert Tortoise and while outdoor enthusiasts are encouraged to utilize the reserve, they are advised to tread with caution in the fragile habitat. The reserve is easily accessible and just a few miles from the main streets of St. George and thus makes an ideal location for a quick jaunt into the wilderness whether worried about inclement weather or not. Undeterred by raindrops and clad in my rain gear, I felt invigorated by the cool air.

Driving to the Mill Creek trail head located just north of Washington City near St. George, I parked about a mile away from the parking area, where the pavement ended and an dirt road lead to the trail head and informational kiosk. I decided to walk the extra mile instead of risk the car getting stuck behind a swing gate or in the soon to be muddy sand.

Once at the trail head I started out on the short 2.5 mile out and back hike (5 mile round trip) not really sure what to expect. The first part of the hike followed a sandy, easily discernible 2-track road for about a quarter-mile along the Mill Creek trail. Shortly after a quarter-mile, I turned down a similar 2-track trail following power lines for a little more than a mile, until just past a water pump the trail joined Bone Wash. While the scenery until that point left a bit to be desired, the skyline and slowly approaching weather did add to the excitement and atmosphere. Entering Bone Wash changed the scenery dramatically, switching from a distant skyline of cliffs shrouded in clouds and rain to a wide twisting drainage with high slopes and intermittent sheer canyon walls. Another note to mention would be the sand, once entering Bone Wash, I had to contend with vast amounts of sand. However, with the recent and still occurring precipitation, the normally soft, energy-sapping sand became somewhat less so.

After about a half-mile of walking in the wash passing a multitude of side canyons begging to be explored, the turn off for Elephant Arch was marked with a sign post and the trail climbed up and over a hill, bringing me closer to the rock formations I was appreciating. The trail became harder to discern, but was still able to be followed. After descending the hill into the wash again and climbing back up the opposite side for about a half-mile, I encountered the arch formation I had been searching for. 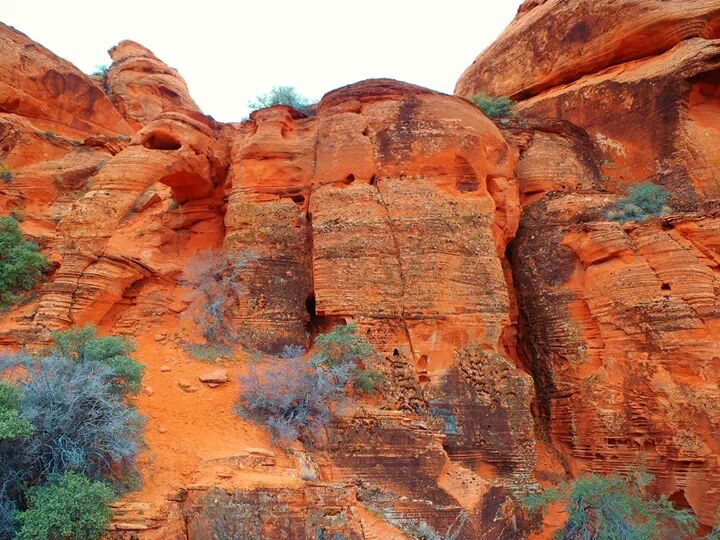 Elephant Arch as seen from its approach, in the left half of the image.

Elephant Arch was aptly named for the near vertical trunk standing alone and supporting a larger rock above. Imagining the arch’s namesake, I could even see holes in the rock where the eyes would be on the real animal. With a span of no more than 15 feet and a height of no more than 20 feet, the arch wasn’t the biggest, but it did have its own aesthetics After taking a few photos and exploring the near vicinity, it was time to beat a hasty retreat before I overstayed my welcome and the weather caught up with me. 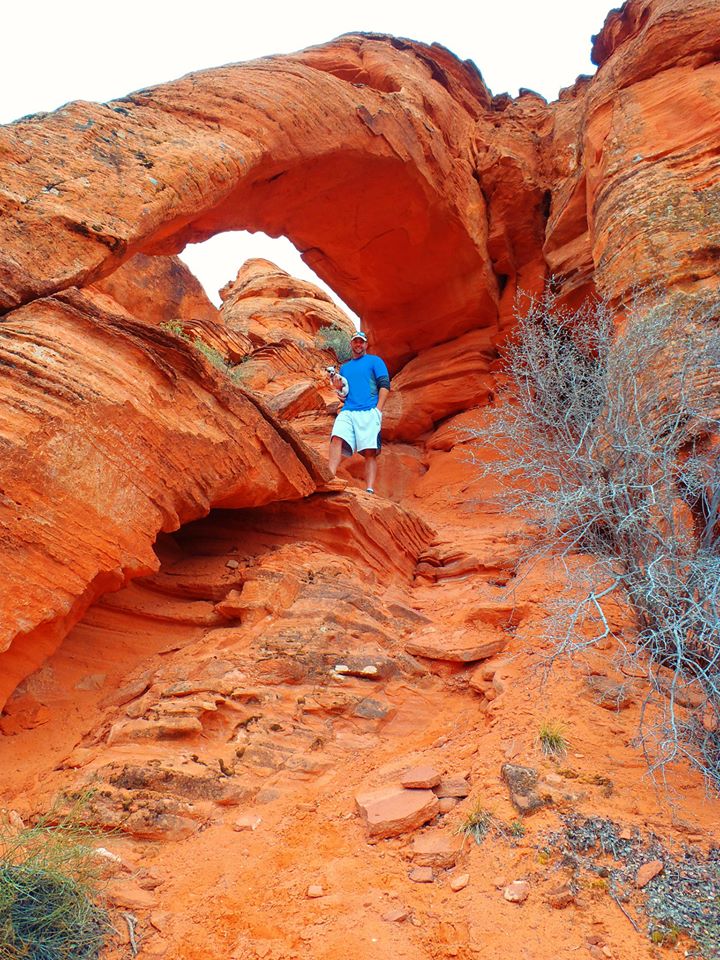 Erik Anderson, Paragon Guide, and his tiny dog under the Elephant Arch.

On my way out, chased by the approaching weather I again looked at the skyline of cliffs I had glimpsed on my way in and started planning my next trip out to the area, making a mental note to plan around the weather.