Why sit through over 2 hours of driving to get to Bryce Canyon National Park when you can get to a location that will provide a similar experience in about half the time? Bryce Canyon is a 2 hour and 15 minute drive from Saint George; whereas, the drive to Cedar Breaks National Monument is only 1 hour and 30 minutes. 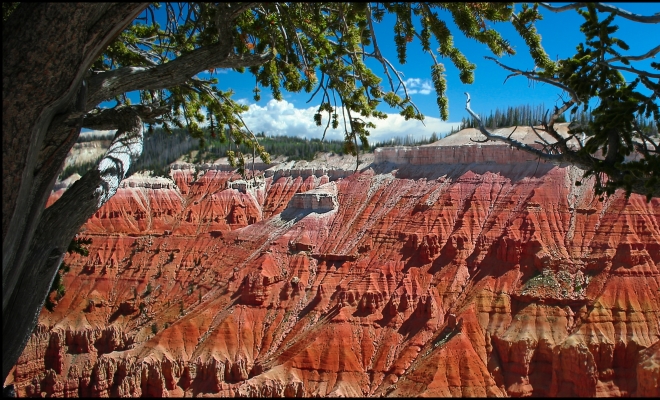 Being at a higher elevation than Bryce Canyon, Cedar Breaks is colder. this also means that the snow lasts a little longer, adding one more element to the landscape. 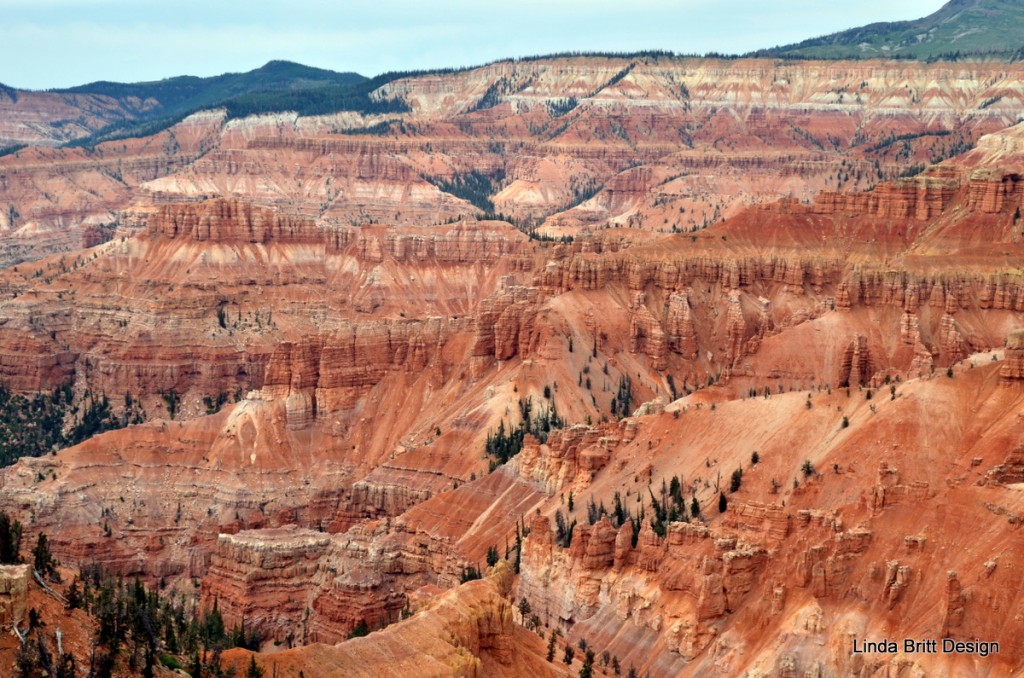 You can also view the surrounding mountains and forests above the hoodoo limestone layer ofCedar Breaks.

The Atmosphere of Cedar Breaks is reminiscent to that of Bryce Canyon. Much of the vegetation is the same along the way, as thick forests cover much of the terrain in both locations. Even the views at Cedar Breaks are very similar to those at Bryce. The same type of rock produces the same kind of rock formations, called hoodoos. Color variations in the stone produce magnificent streaks throughout the cliff sides at both Bryce Canyon and Cedar Breaks.

Cedar Breaks National Monument is located near Cedar City, Utah. At an elevation of over 10,000 feet, it is even cooler in the summer months than Bryce Canyon, which is only 8,000-9,000 feet. The higher elevation feels like a step backward through time, as spring is just beginning in June at these heights. During this time, Cedar Breaks boasts breathtaking patches of wildflowers in full bloom.

The Hoodoos that people travel so far to see are right belopw you at Cedar Breaks. 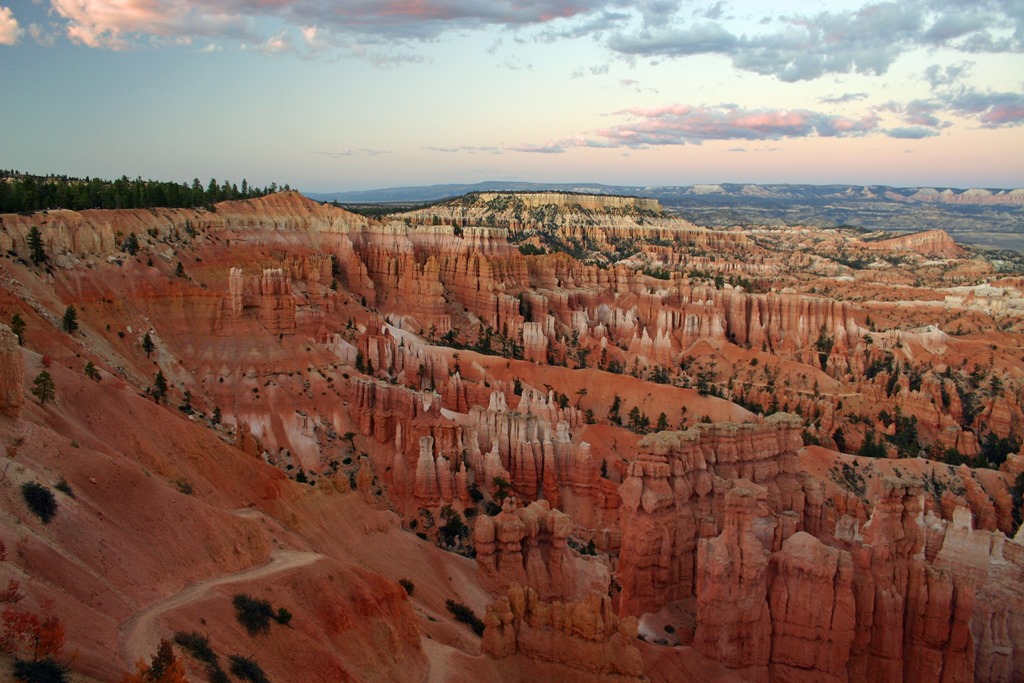 Bryce Canyon, while better-known and more-visited, is comprised of the same geologic layer as Cedar Breaks, but is an hour further Saint George. This is a Photo from Bryce Canyon for comparison.