Gooseberry on a slant

The Zen Trail is becoming one of the most highly regarded trails in a region that has already become a destination for mountain bike riders from all over the world.

Considered to be one of the hardest 6 miles of trail in the area, the Zen is a three mile technical climb that will have your lungs burning as much as your thighs. Once at the top of the mesa the trail descends through numerous rock gardens, in and out of drainage’s, and is punctuated by constant technical climbing sections that require good bike handling skills along with a healthy dose of endurance.

Built by an eclectic collection of trail enthusiasts, the Zen originally followed several dirt roads, and hiking trails with sections of single track to connect these features. Over the past 10 years more and more biking specific single track has been added to eliminate both dirt road sections and hiking trails that didn’t lend themselves to two wheels vs. two feet. In 2015/16 a single track along the south side of the Green Valley Gap, eliminated a dreary mile of double track jeep road and really improved the overall experience of the ride.

The best and typical direction to ride the Zen Trail is counter clockwise, contouring the Green Valley Gap, eventually turning southwest and climbing to the top of the mesa where the views dictate at least a brief pause to consider the scope of the surroundings before heading down through the fast and furious rock gardens.

Wet Weather Note:  As a trail on the top of the Shinarump layer the Zen is a good ride to choose after significant rainfall as the surface is either slickrock or coarse sand which seems to drain quickly after rainfall. 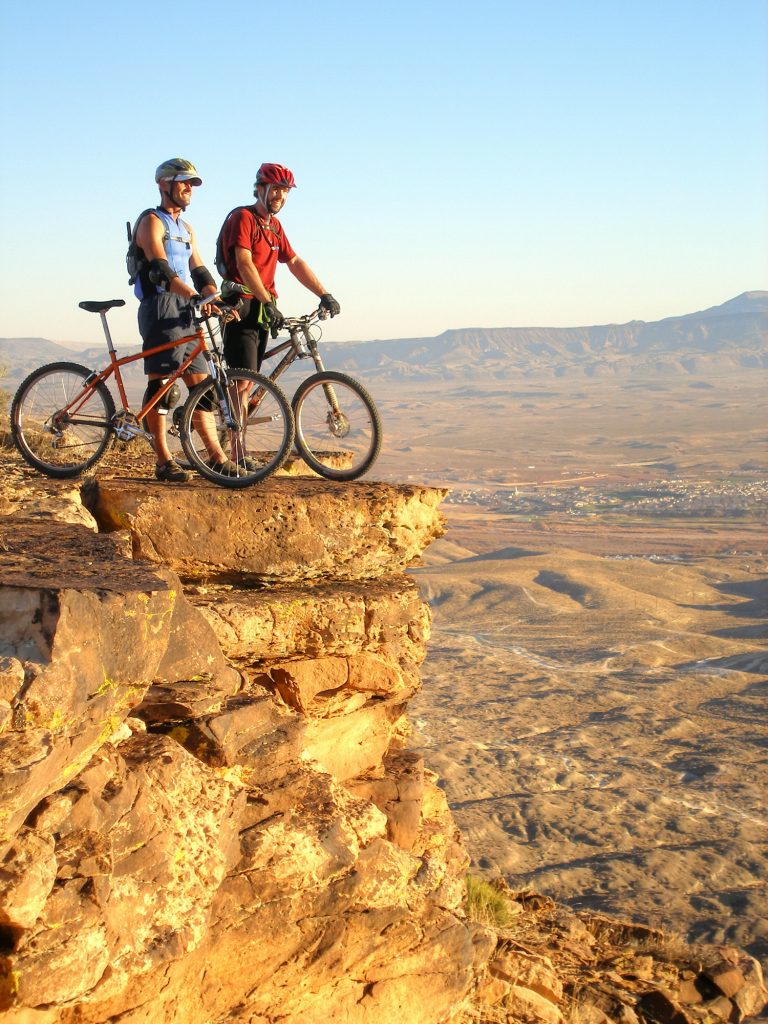 The overlook at the top of the Zen Trail St. George Utah

Season:  The Zen is a great year round ride, although should be started very early in the summer time to avoid the heat of the day.  Winter, spring and fall are prime seasons for this ride.

Wildlife and soils;  Early morning or late evening rides in the warmer months run the risk of encounters with rattlesnakes. This area is the habitat of several different species of snake, the most dangerous of which is the Mojave Green rattlesnake, which is both aggressive and highly venomous.  The prevalence of cryptogramic crust along the sides of the trail in some locations on the mesa mean that remaining on the trail surface will result in less long term impact on the environment, but there are far fewer areas where this is the case on the top of the mesa than there are below the Shinarump layer.